From Wall Street to
the board room.

We didn't become consumer experts overnight; it's been 30 years in the making.

Prior to launching DISTILL, Neely and Kayla had successful careers on Wall Street covering the consumer sector where they advised institutional and private equity investors in their investment decisions. During her career, Neely led the consumer research practice as a managing director at Piper Jaffray, a growth-company investment bank. While also at Piper Jaffray, Kayla helped develop and lead the longest, consistently running, longitudinal consumer survey project in the United States of teen research consumption behaviors called, “Taking Stock with Teens.”

In 2017, Neely and Kayla set out to unapologetically pursue this joy and co-founded DISTILL—a strategic advisory company for executive leaders and board directors in the consumer sector. Since launching, Neely and Kayla have helped companies form better strategies for growth in the apparel, home furnishings, media, e-commerce, beauty, and food industries reflecting more than 30 companies served. Though each engagement differs in its needs, actions, and initiatives, the approach remains the same—expert research with swift deliverables that can be easily digested across all functions of a leadership team for actionable ideas, while also presenting board-ready solutions aligned with key stakeholders in mind. DISTILL is viewed as CEO-friendly and board-approved; more than just consumer experts, Neely and Kayla are joyful, creative collaborators.

A frequent keynote speaker, DISTILL has presented multiple times at companies and organizations including Google, ShopperTrak, Tyco Retail Solutions, Turnaround Management Association, and more. DISTILL's perspective is sought after on matters of the consumer economy and the competitive landscape for retail and brands. Our favorite compliment will always be, "Aha! We've never thought of that before."

Neely has more than 12 years of direct board service and experiences across multiple organizations varying in size. Neely's board experience includes multiple terms and roles (including Chair and Treasurer) at Highpoint Center for Printmaking, a nationally recognized printshop and community organization. Kayla recently joined the national board of directors for AdoptAClassroom.org, which serves as a resource to better fund teachers and their classrooms with a mission to help Title 1 schools, districts, and teachers. Neely also previously served a term at AdoptAClassroom.org. In addition to direct board service, Neely and Kayla are routinely called into public company board rooms to engage directors and leadership teams in conversations about the state of the consumer economy and creative pathways for growth.

In 2022, Neely was named among the Top Retail Influencers by RETHINK Retail with support from Microsoft. Additional key career awards include top sell-side analyst in The Wall Street Journal Best on the Street analyst survey in 2006 and 2011 for coverage in broadline and apparel retailers. In 2010, FT/Starmine ranked Neely No. 2 in Stock Picking for her 2009 coverage in Specialty Retail. In 2009, FT/Starmine ranked Neely No. 2 Industry Estimator for her 2008 coverage in Personal Products. In 2007, Neely was named by Minneapolis-St. Paul Business Journal as a 40 Under 40 award winner. Neely has also received recognition by Institutional Investor magazine for coverage in the apparel & footwear, department stores, and hardlines retailing sectors. 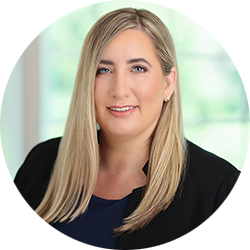 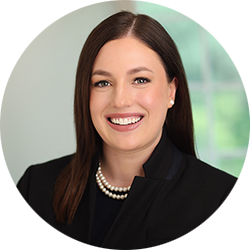